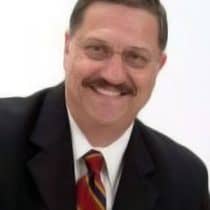 Prior to real estate, Rufus entered the United States Air Force in January 1971 where he served 20 years. His Air Force assignments included a tour of duty serving in the Vietnam war where he was a Super Jolly Green Giant Combat Rescue Pilot serving with the Aerospace Rescue and Recovery Service. He was awarded the Silver Star, two Distinguished Flying Cross, and four Air Medals for heroism. Other assignments included: Instructor Helicopter Pilot and Platform Instructor at the Air Force Combat Rescue School; T-37 Fixed-Wing Instructor Pilot; 4 years at the Pentagon in the United States Air Force Combat Operations Center; another tour instructing in the T-37; and finally, Rufus’s last assignment, before retiring from the Air Force in 1991, was Commander, Undergraduate Helicopter Pilot Training.  In March 1992, Rufus was selected to become a United Airlines pilot. He flew as DC-10 Flight Engineer Instructor for 3 years. He became a Captain in both the DC-727 and the Airbus 320. Before retiring from United in 2003, Rufus served as the New Pilot Flight Ops Supervisor for 4 years.

In June 2003 Rufus qualified as a NC and SC Real Estate Broker. Recognizing the value of education so that he could better serve his clients, Rufus received the following designations: CDPE, SFR, ABR, SRES, CSP, GREEN, and e-PRO. Additionally, he served on numerous CRRA and CMLS committees: Carolina MLS Board of Directors, Rules and Regulations Committee, Education Advisory Group, and 2009 Short Sale Task Force Chairman. Rufus currently serves on the Carolina MLS Advisory Group and the Professional Standards Committee. He helped develop and instructed in CRRA NOVA Training Program. Rufus is also a graduate of the CRRA Leadership Development Program. Finally, he served 19 months as the Broker-in-Charge of a large local firm where he supervised over 370 brokers.

In November 2017, Rufus decided that he wanted to share his 15 years of real estate experience and knowledge with new agents by becoming a NC Prelicensing, Postlicensing, and CE instructor. After auditing the 79-hour Superior School of Real Estate, he was selected to become a prelicensing instructor in April 2018. While Rufus is a new real estate instructor, he has over 16 years of instructor pilot and platform teaching experience. His caring attitude and high level of experience in real estate will serve all his students as they start their new career.