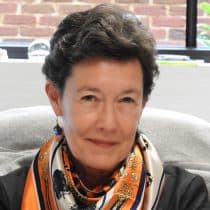 Tricia is an attorney who began her law practice in the early 1980s in Ohio, initially as a staff attorney with the Toledo Legal Aid Society and then as a Referee in the Lucas County Court of Common Pleas, Family Court Division. She returned to North Carolina in 1987, was admitted to the NC State Bar in August 1987, and practiced family law until 1999.

Tricia thoroughly enjoys sharing her knowledge with others and learning from them. She was well received as an instructor in the BIC Course by brokers across NC, whether the original 4.5 hour version or the 12-hour version. Students and instructors frequently comment that Tricia has an uncanny ability to explain complex concepts in simple, understandable terms, whether orally or in writing.